I’ve known Vivien Chien since before she got her first contract. It’s been amazing to watch her star rise, from her #ownvoices debut Death by Dumpling to her latest, Murder Lo Mein, which comes out today! I was lucky enough to host Vivien at the library where I work for her first book launch, and since then, our patrons have been clamoring for her new releases.

Vivien brings real Cleveland flavor to her stories. I’m a native myself, and I love that I can picture her protagonist’s journeys through the city as she solves her puzzles. And if you’re reading them, make sure you have your favorite noodle shop on speed dial, because you will get hungry. Vivien is a master at describing the tasty dishes served by the Ho-Lee Noodle House.

I chatted with Vivien to see what she’s up to these days!

Tell us about the Noodle Shop series.

The Noodle Shop mysteries take place in a suburb of Cleveland, Ohio and feature Lana Lee, a late twenty-something Asian-American who is trying to gracefully steer her way through life after hitting a severe rough patch. When we first meet Lana in Death by Dumpling, she is at the beginning of her new adventure, working in her parents’ Chinese restaurant, Ho-Lee Noodle House. Of course, while getting back on her feet, murders ensue. (And wouldn’t that just figure?) The series follows her journey along with a cast of wacky characters who may or may not be considered “dysfunctional.”

What do you like best about MURDER LO MEIN, the third book in the series? What part of it was the most fun to write?

Honestly, I can’t pick just one part of Murder Lo Mein to like best. I have to say this is my favorite one out of the three and I love the story as a whole. (As cheesy as that answer sounds, it’s completely true!) The most fun I had writing were the fortune cookie bits, and the scenes between detective Adam Trudeau and Lana. I really enjoy exploring the dynamic of their budding relationship.

How do you balance a full-time job along with writing your cozies? Do you have any productivity tips?

The balancing act can be a challenge at times, but the end result is completely worth it. I write after work throughout the week and accomplish what I can in about an hour or so. Then a lot of times on the weekends, I’ll have writing marathons that last about 8-10 hours straight. These sessions usually involve mass amounts of coffee and the occasional doughnut.

My best advice on productivity would be to stop making excuses as to why you can’t sit in that chair and write. “Those darn dishes” or “that blasted laundry” will still be there an hour from now. Then once you’re sitting, the next step would be to forget about checking your email, logging into social media, or buying that really awesome bookshelf from Amazon. Those things will also still be there later.

And lastly, I would say, don’t get hung up on perfection. We lose many a minute by worrying how a particular sentence sounds or the problem we find with an entire paragraph. Get it down first, fuss later.

WONTON TERROR is due out in August. What are your plans following that release?

After Wonton Terror, there will definitely be two more books in the Noodle Shop series, and they will follow the same publication schedule of two books released per year. I do also plan on proposing more books in the series to ensure that Lana has a long life in the cozy mystery world.

Aside from these books, I have a few other book proposals up my sleeve. One series involves a female P.I. who will also make a guest appearance in book five of the Noodle Shop mysteries, and the other involves a story-line in the paranormal realm. It will still be a mystery, but it’ll involve a predominantly supernatural cast of characters.

Do you have any advice for aspiring writers?

Never give up! I think that is the single most important thing for any writer to know. So many of us can be easily discouraged because writing AND getting published can be a very daunting task. But all you have to do is keep believing in yourself. That is key.

It’s Murder Lo Mein release day! 🎉 I’m so excited for this #book to be out! 🤗 It’s my favorite of the 3 and just look at that cover! 😍🤤 #murderlomein #noodleshopmysteries #cozymystery #asianmystery #ownvoices #clevelandauthor pic.twitter.com/rhfH06RvYc 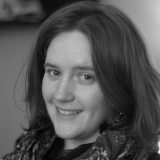