Rachael Sparks is the author of the hard science fiction novel Resistant, which Publishers Weekly called “a scientifically accurate apocalypse.” Resistant takes place in a near future in which drug-resistant bacteria are winning the battle over humanity. Rachael was kind enough to chat with me about science, character development, and writing habits.

In the final battle with drug-resistant bacteria, one woman’s blood holds a secret weapon.

Rory and her father have survived the antibiotic crisis that has killed millions, including Rory’s mother—but ingenuity and perseverance aren’t their only advantages. When a stoic and scarred young military veteran enters their quiet life, Rory is drawn to him against her better judgment . . . until he exposes the secrets her mother and father kept from her, including the fact that her own blood may hold the cure the world needs, and she is the target of groups fighting to reach it first.

When the government comes after Rory, aiming to use her for a cure it can sell to the highest bidder, she’s forced to flee with her father and their new protector. But can she find the new path of human evolution before the government finds her?

Your novel draws from real-world science. Tell us a little bit about your background and what the research process was like for you.

I’m a microbiologist by training, a transplant expert, and now I work in hospital infection prevention with a medical device startup. So my education and career has centered around public health and that experience was half a lifetime of research for several books! For this novel, the research I needed to do was easy in that it was mostly mining my own brain and then confirming my filed-away facts were not yet discredited. Knowing that several friends who are legit scientists would be reading, I wanted badly for them to be convinced.

When did the idea for Resistant first strike you?

I’d wanted to write a sci-fi novel that explored this problem[antibiotic resistance], but a dream of a scene in the climax really inspired the characters. A handsome guy with swaths of discolored skin. . . readers will know his disfigurement plays into the plot but I honestly couldn’t say whether that was already in my mind or came after the dream!

Tell us about your protagonist? Are they inspired by someone you know in real life?

Rory is an amalgam of a lot of wonderful people I’ve known. She’s smart and a little unfiltered at times, with a bravery that can get her into trouble.  I wanted her to be flawed, to make mistakes and be mature enough to solve them on her own.

Do you have a favorite character out of all the ones you’ve created?

Yes, I like Navy. He’s not an open book, not easy to read, so he was a challenge to write. I wanted him to be reserved but not aloof, to have integrity despite having made massively bad judgement calls in his past. He’s fun to get to know as I write more about him.

How important is research to you when writing a book?

It’s critical, in my genre. In retrospect I would’ve loved for Resistant to be longer, with more science background explained — an excuse for even more research! So aside from enjoying the process, translating the useful bits into my writing in order to create an absorbing, believable premise is important to me. Science can be unwieldy for some, but the best sci-fi makes it palatable and fascinating to any reader.

Do your novels carry a primary message?

I hope so. My goal is to entertain while also imparting a bit of knowledge that arms the reader, even if only for an interesting fact to drop into cocktail hour.

If given the opportunity to start over, would you change anything in your books?

Ugh. Who wouldn’t? I’d just do more backstory for everything and everyone.

Do your characters seem to hijack the story or do you feel like you keep a hold of the reigns?

When I’m writing, it feels like it! Even the end of Resistant surprised me, so I credit Rory for that. But more often I feel like I’m a director talking to an actor: “How do you think your character would react?”

Do you often project your own habits onto your characters?

Sure! Our habits are our expertise, too, right? Rory and her father brew beer, for example, and I sorely wanted an excuse to explain how they might have harvested and cultured their own yeast and scavenged ingredients. Alas, it had no plot value.

What other genres do you enjoy reading?

I love a good mystery fiction with a bit of adventure, action romance — couples in peril saving each other is catnip for vacation reading. Magical realism genre is delicious when the authors ground it in theoretical science. I’m still in awe of Deb Harkness’ use of genetics to plausibly structure a tree of life that could explain a vampire!

Tell us a little bit about your writing process. Do you aim to complete a set number of pages or words each day?

Oh hell no. When I sit down to write, I’ve usually been thinking about scenes for a while, and I first refresh myself on where I left off. But often I’ll also pick a random spot in my MS to re-read, as it helps me keep a consistent mood. And I turn on my playlist for each work in progress, and pretend it’s the soundtrack to the future movie. I don’t judge my progress on words — if it’s something I want to keep reading, I feel successful.

Some writers create a bubble around themselves until they finish a project – how true is that for you?
Gosh, that sounds lovely. I have a 4 year old, a husband I love to spend time with, dogs, career, and other relationships to nurture. Maybe one day I could do that! The closest I get to a bubble is a closed office door on an early morning.

If you were given the opportunity to join a book club with your favorite authors, dead or alive, who would you want to become a part of the club?

Anne and the Emilys would likely clique off, but maybe we could ply them with sherry and put them at ease.

Awww shucks. I would love to be in a book club with you!

What do you do to market your own books yourself? Any advice on that front?

I doubt I have some magical insight here, but I try to promote myself on all the normal channels: website, social media, Goodreads and other places an author profile can be added. Talking about yourself is the pits, so I just try not to take myself very seriously. I think being fun, informative, genuine and engaged is the best marketing.

For advice, specifically to new authors, I say: to make the most of social media as an author, I think you have to abandon rules about friends on platforms. When launching a new book, everyone is your friend. I also suggest they ask themselves before spending dollars in marketing (a website, for example) – how can I measure its return, so I’ll know whether to continue investing there. Analytics and data are your friend! 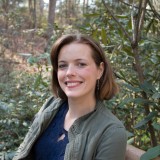