This interview is part of a short series looking at marketing and selling books at conventions. You can find my interview with Rick Heinz here and my earlier interview with Rochelle Campbell here. In this post, I talk to Cari Dubiel. Stay tuned for my consolidated advice article dropping in the next few days.

Cari Dubiel is the author of How to Remember, forthcoming from Inkshares/Quill. The novel was the winner of the Hugh Holton award from the Mystery Writers of America – Midwest Chapter in 2017. Cari’s previous works include All the Lonely People, a book of short stories, and several other short stories found in anthologies and online magazines. Cari is also a librarian, and she served as the Library Liaison to Sisters in Crime for five years.

What conventions have you attended? Why did you pick those conventions? In hindsight, were those reasons valid?

I’ve attended the American Library Association and/or the Public Library Association conference every year since 2012. That was the year I started as Library Liaison to Sisters in Crime, which is a national organization of mystery readers and writers. My term ended in 2017. In that role, my job was to bring writers and librarians together – to help writers sell books and make partnerships with librarians, and to help librarians make connections with writers for their collections and public programming. Since I am both a writer and a librarian, this was an ideal way for me to get started learning about the convention experience. I’ve met so many interesting people and discovered some amazing books, and I’ve learned about the promotion experience from the writer’s side – something I didn’t know about at all before I joined Sisters in Crime. Since then, I’ve also attended some strictly writing conventions, and it’s been a strange but rewarding experience to switch back and forth between the two parts of my identity. This has been a fabulous experience for me, and while I might make different decisions if I were to do it again (see below), it was the right path at the time.

What were your objectives for the conventions you attended (e.g. Direct books sales, online sales, Facebook likes, email list sign-ups, etc.)? Do you feel you achieved those objectives?

We could not sell books directly at the conference, but we wanted to get face time between the librarians and the authors, so we set up signing times for each author with book giveaways. We also collected e-mail addresses. Each author was allowed to collect their own data, since we didn’t want to share organizational data due to privacy concerns. Authors would often have a newsletter mailing list for librarians to join. They also had bookmarks that librarians could use to order the titles when they got back to their library.

It was very tough to measure the success of the booth, because we didn’t have the sales data to draw from. I talked to every author after their signing time. Some were happy and others were… not so happy. I learned a lot about managing author expectations.

What was your strategy for engagement at the conventions? What did you have on display? How did you draw people in and engage? Did you have any incentives? Did you have physical copies of your books on hand?

Yes, we had tons of swag and giveaways. I mentioned the bookmarks – we also had pins and tote bag freebies. We allowed authors who couldn’t be there to send in copies of their books for giveaway. The free books were the biggest draw, especially when the author was there in the booth to sign them. Librarians – and I think readers in general – love to interact with writers and get personalized books. We also had an iPad giveaway for getting on the mailing list, so we usually collected about 500 e-mails per conference.

What did you feel worked well?

The quality of the interaction between the author and the reader was key. ALA brings in about 25,000 people per year. Not everyone who came by the booth wanted to talk to us – they grabbed free stuff and disappeared. When we were able to talk to readers and librarians about what they wanted, and people were able to make connections, cool stuff happened. I made connections with lots of people in the publishing industry, which has ultimately helped me to promote my work outside of conference-land. I hope the other authors I’ve worked with over the years have had similar experiences.

What didn’t work, or not as well as you had hoped?

My main concern was that we were not reaching everyone in our target audience. Not everyone can afford to travel and come to a big conference. I felt there were other ways to reach librarians online or through state and local conferences. When I transitioned my role over to the new Library Liaison, Shari Randall, we talked about ways to do that more strategically. I’m meeting up with her at this year’s ALA to talk about ways we can use our data and experiences to reach more people.

What other lessons have you learnt?

Authors have to think critically about how they use their conference time and how they distribute their swag. Bookmarks, while great, did not get taken as often as they hoped – and they’re expensive! Free books are also expensive, but readers love them, and if they read them, they might review and pass them on. Choosing the right conference/convention is also critical. Because I’m a librarian, ALA worked well for me, but I struggled in the writing-only space. I’m still getting used to that, and I still have a lot to learn in that arena.

I’ve seen some of my friends who write fantasy have great success in fan conventions and medieval faires. That, too, is part of knowing your audience. You have to go to the place where your readers go. ALA was a good opportunity for Sisters in Crime members because librarians and library patrons love mysteries.

Do you plan to attend more conventions to promote your book?

Yes! I won’t go to ALA every year now that I have stepped down from SinC, but I’m going to New Orleans this summer, and I can’t wait. I’m also looking forward to learning more about how to sell books at conventions and conferences!

Thank you to Cari for sharing her experiences with us. Cari is the author of How to Remember, which is currently in production with Inkshares. I encourage you to check it out.

You can also find Cari online in the following places: 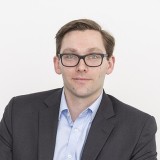